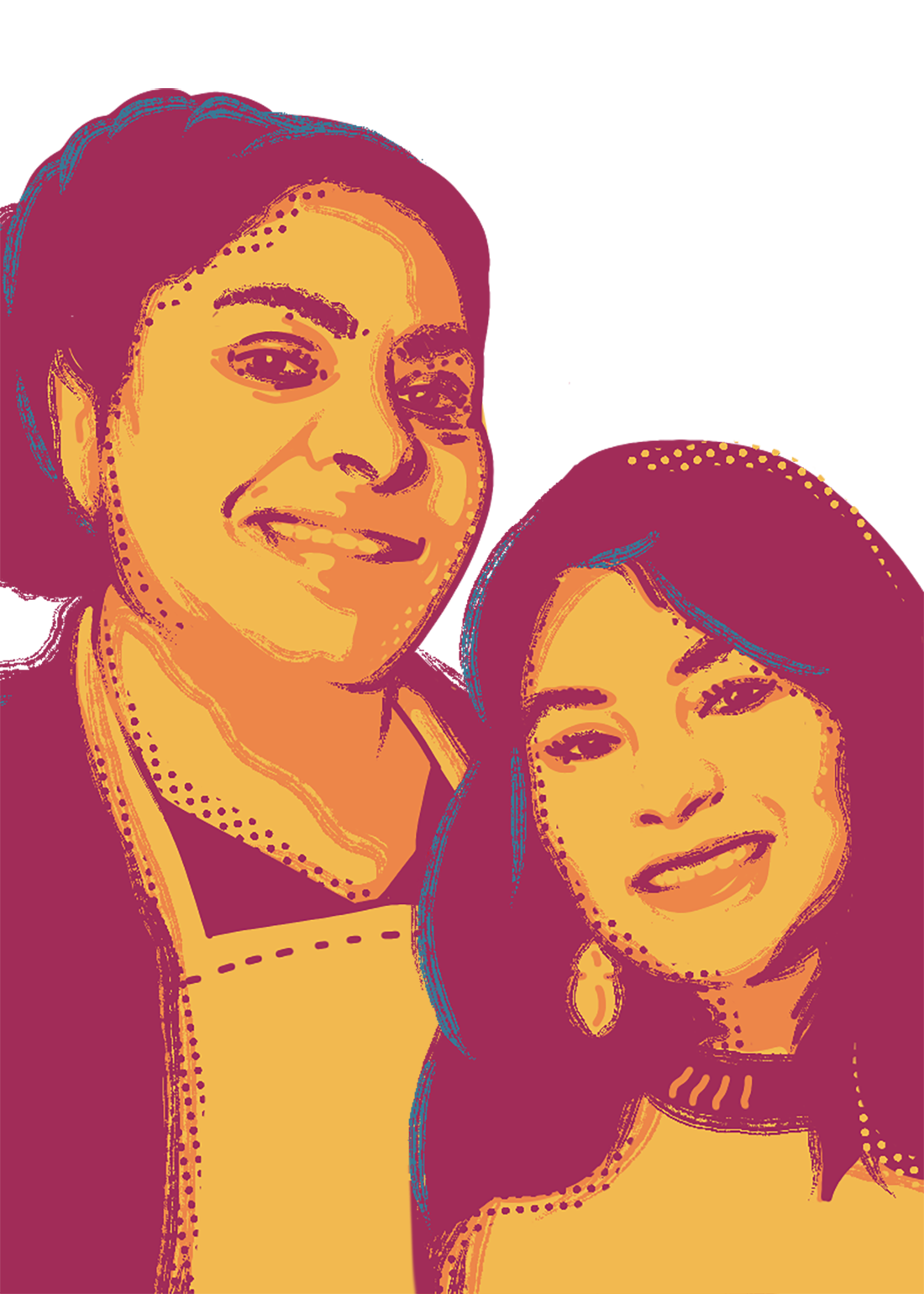 My mom is my business partner, being migrant entrepreneurs means fully trusting our vision and gifts that we provide to our community. Through our work, we honor and celebrate women cooks like my mother, brown, Indigenous and chingonas who migrate with knowledge and recipes. Being a business owner and having access to resources in a country that denies us from our existence is an everyday reality in the kitchen for us. Our patrons who find joy, healing and nourishment in our traditional dishes give us our strength to thrive.

Reyna Maldonado
Reyna Maldonado is an immigrant foodpreneur in the San Francisco Bay Area. Reyna was born in Guerrero, Mexico and came to the U.S. at the age of 6. She grew up cultivating indigenous healing traditions from her grandparents Mami Goya and Papi Chico and learned how to grow and harvest coconuts, papayas, nanches, herbs, and many more fruits and vegetables native to the coast.

Reyna became a community organizer for youth programs advocating for immigrant and housing rights in San Francisco’s Mission District. She later moved to Pie Ranch Farm in Santa Cruz where she continued to learn about farming and coordinated youth farming and gardening programs. Reyna is a graduate of Mills College in Oakland and earned her degree in Ethnic Studies. She is a recent graduate from La Cocina’s incubation program and is co-owner of La Guerrera’s Kitchen along with her mother Ofelia, father Luis, and two sisters, Natalia and Fatima.

Ofelia Barajas
Ofelia Barajas is a cocinera and co-owner of La Guerrera’s Kitchen. She grew up on a ranch on the coast of Guerrero, Mexico where her family grew corn, rice, and many veggies. After harvesting, Ofelia and her grandmother would cook meals together for their family. Ofelia immigrated to San Francisco in 1999 and for 16 years, she sold traditional corn husk tamales as a street vendor in the Mission District.

In 2017, Ofelia and her daughter Reyna Maldonado joined the La Cocina program, an incubator kitchen supporting food entrepreneurs from immigrant communities and communities of color. Together, they took workshops and classes on food entrepreneurship and eventually graduated from the program. With the support of her daughters, Natalia and Fatima Reyna, and her husband, Luis they opened their first brick and mortar in Oakland’s Fruitvale district and later relocated to Downtown Oakland. You’ll find Ofelia’s kitchen full of dry chiles and big cooking pots. Her favorite dishes to cook are pozole verde, barbacoa, and mole rojo.